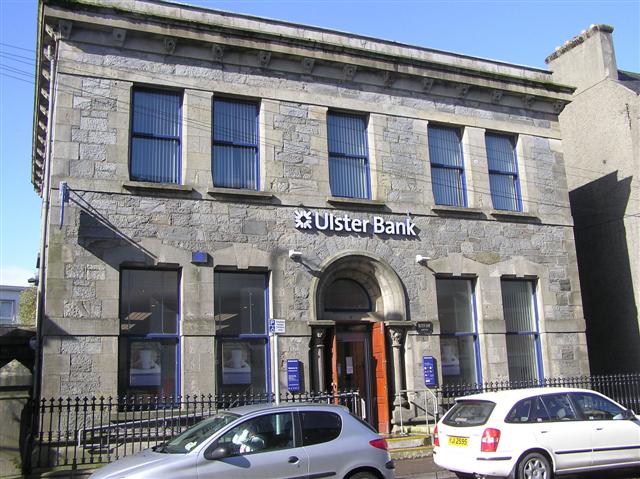 A BANK’S decision to close the last remaining branch in a rural town has been branded as “disgusting” by local politicians.

Ulster Bank are set to close 11 branches leaving residents in the border town of Castlederg without a bank – and a 24-mile round trip to the nearest alternative.

Ulster Bank are set to close the doors of their Castlederg branch in May next year, leaving 40 people without a job.

Marie Ash, 47, from Castlederg, says she is worried about the elderly people in the community, like her 79-year-old mother.

“I feel more for the older generation like my mum, she switched to the Ulster Bank when the Danske Bank closed and then the Bank of Ireland.

“Once again we see the rural small town and rural community people being affected by decisions being made in big cities like Belfast and or London,” she said.

The Financial Services Union said that when next year’s closures are completed, Ulster Bank “will have closed 50 per cent of its Northern Ireland branch network since 2013”.

“I’m utterly disgusted to hear of the closure of the third and final bank in Castlederg.

“Rural areas should be seeing more services delivered locally not less. This is another hit on the rural community, we are being abandoned.

“I’ve sought an urgent meeting with Ulster Bank and will be visiting my local branch to speak with managers. The priority must be to protect staff and local services.”

West Tyrone’s Member of Parliament, Sinn Fein’s Barry Mc Elduff, said: “The loss of Castlederg’s last bank is a blow to the economy of a large rural community.

“It suggests that there is no such thing as a community-rooted bank in 2017 and that financial institutions, with the exception of The Credit Union, are more focused on digital technology than local customer familiarity.”

In a statement, Ulster Bank said: “We are communicating with our customers and proactively contacting vulnerable customers and regular branch users.

“We have extended the time between announcing our decision and the branch closure to six months. This has been done so that we can ensure our customers have enough time to consider the right banking options for them.”