Two Journalism graduates who studied in Leeds have shared their experience and advice on the different career paths in the sports media industry. 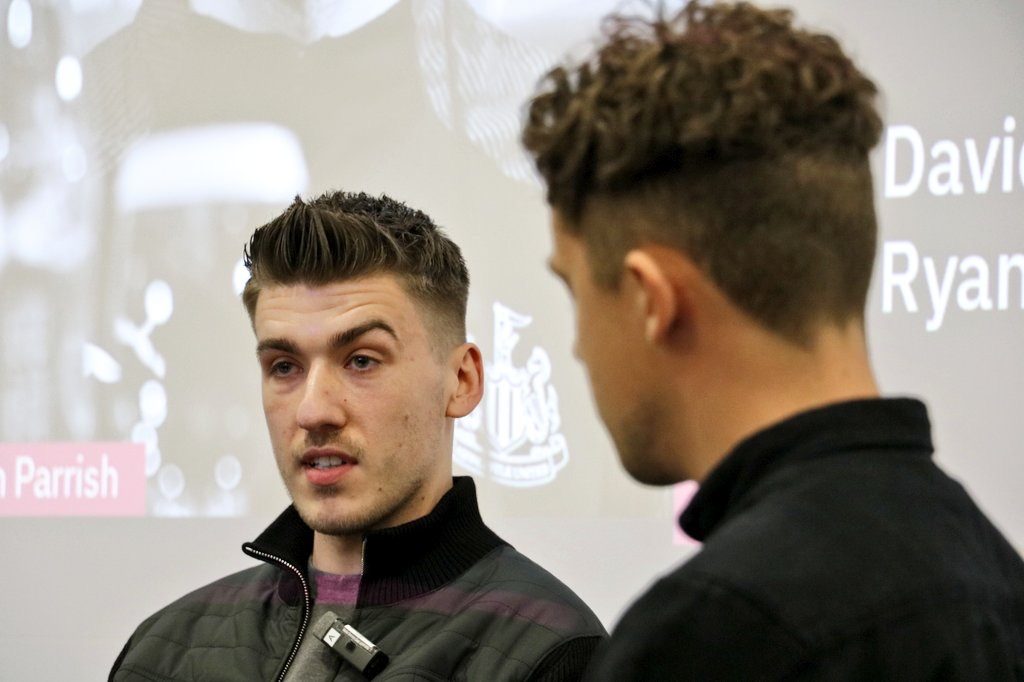 When asked why they picked Journalism as a degree David said: “It’s so hard to decide when you’re 18 or 19 but a journalism degree offered me so much flexibility.

“Just because you study Journalism doesn’t mean you’ll be a journalist for the whole of your career – take me and Ryan for example,” he added.

Both Ryan and David gained work experience within the sports media sector by working for Yorkshire Radio, Sky Sports, Leeds United and Ole! Media during and immediately after their studies at Leeds Beckett University.

Speaking at Leeds Trinity University’s Journalism & Media Week, David Bowers stressed the need to do as much as possible in order to break into the industry: “When an opportunity arises, give it a go.”

“Try different things in the industry and see what fits you – try to take any opportunity that comes up because you don’t know where it will take you,” he added.

Ryan Parrish secured a day’s work experience at what was then Yorkshire Radio, which he says was the start of the road that led to where he is now.

“At the time, you never imagine what that can lead on to. Just say yes to everything.”

He went on to work for his home-town team,  Leeds United, before moving to the media manager role at Newcastle United.

He said: “It’s a real privilege and I’m really grateful to work there.

“I love what I do and it’s always a real bonus when you love your job, it doesn’t quite feel like work. I really enjoyed working for Leeds and I loved living in Leeds too but I really liked the idea of trying something different, moving to a new city and experiencing new things.”

David and Ryan both recommend doing as much of anything within media as possible in order to increase your chances of success within the field.

On graduating, David Bowers moved to London to work in the then-new Sky offices, where he has worked since – previously as a sub-editor and now as a digital insights analysis where he uses analytics and metrics to measure what content is working best.

David said: “Moving to London was the best career decision I made; it allowed me to work full-time for Sky and develop my skills as a sub-editor.

“Getting a job as a sub-editor at such a young age was fantastic as a lot of the sub-editors in the industry are a lot older.”

David also stressed the importance of learning media law in order to be able to make safe editorial decisions.

“Sports journalism isn’t just about what happens on the pitch; it’s also things beyond that and you need to know your media law, whatever area of journalism you end up in.”

previousRegional diversity in the new age of television: factual programme maker Anna Dickeson says: “It’s so important to have variety”
nextThis is me, and I’m fantastic! The philosophy of self-love and authenticity that built Siobhan Greene’s career