After 25 years in the role is Keith West Yorkshire’s longest serving Santa?

EVERYBODY KNOWS that meeting Father Christmas is one of the most magical experiences for a child at Christmas.

But what is it like having the responsibility of spreading Christmas cheer throughout the festive season? 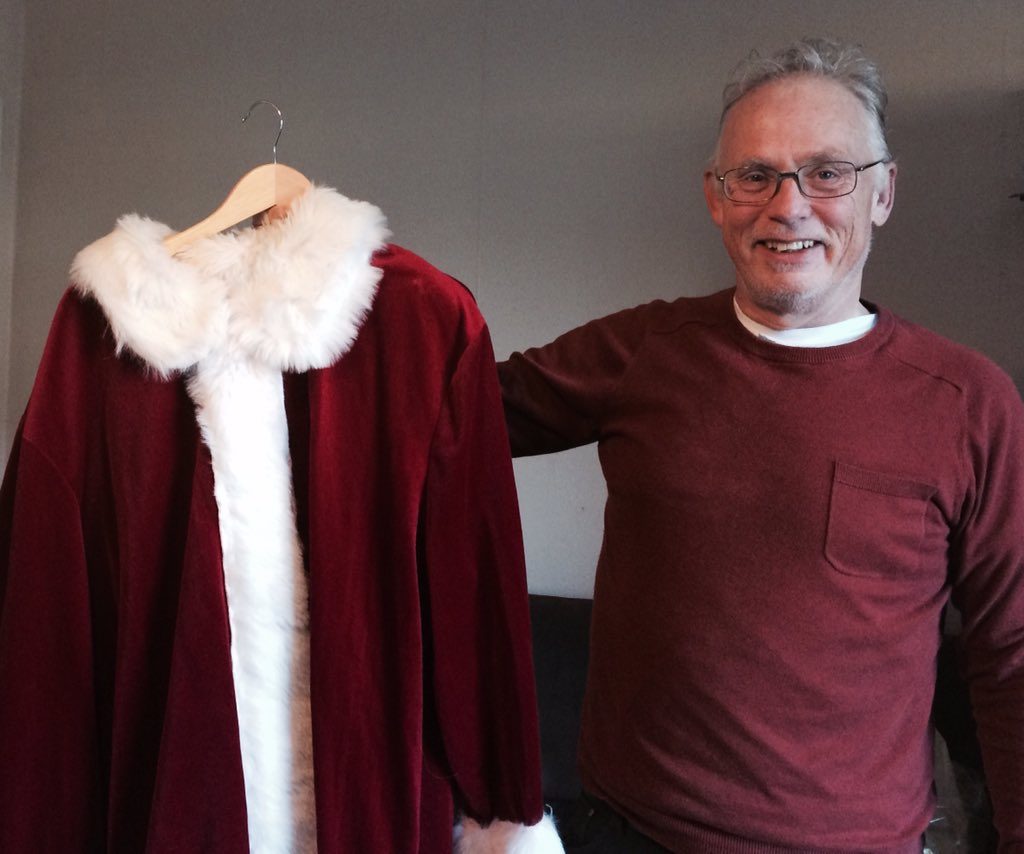 Keith Flewers with his Santa costume

Every year, Keith Flewers, dusts of his fluffy white beard and big red hat, and doubles as the noble Saint Nick during the month of December.

Keith, 58, from Holmfirth, adds a magical touch to the festivities for children at dance schools, pre-schools, and this year, he has even been invited over to Hull to play the role of the generous mince pie fanatic.

This year will mark 25 years since Keith began his alter-ego as Father Christmas.

He said: “I started dressing up as Santa at Christmas parties back in 1992 – when I arrived back from working in Istanbul.

“In that whole time, I’ve never been outed. Sometimes, some of the children who know me as Keith raise their suspicions with me, but I always manage to talk my way out of it to suspend their belief.”

There is a usual procedure which takes place when Keith enters as his second identity.

He said: “Normally I have the reindeer attached to the sleigh, and I arrive out of sight of the children.

“Then I make an entrance with my bell, and they normally sing something like jingle bells, to bring it to my attention that all the good children are there.”

When the children make their Christmas wishes during the meet and greet, Keith hands them a small gift – usually a colouring book or some chocolates. Just enough to keep them going until December 25.

He said: “I’ve always preferred Dasher, because he is the first.”

And of course, everybody wants to know what the best thing about being the magical Christmas man is.

For Keith, it is: “Seeing the smiles on the children’s faces. Their happiness is totally infectious.”