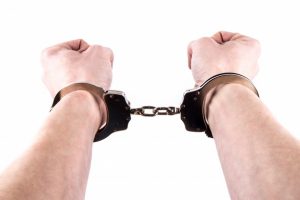 The number of race-related hate crimes has significantly over-taken the figures of other hate crimes over the past year in West Yorkshire.

The new statistics released by the Crown Prosecution Service show 445 racial hate crimes occurred across the area, with 87.6 per cent of these resulting in charges.

The March to March annual report shows that in total for all hate crimes 559 prosecutions were made in West Yorkshire alone, contributing to a total of 962 prosecutions in the whole of Yorkshire & Humberside.

These statistics mostly do not cover the period predominantly affected by the Coronavirus pandemic. 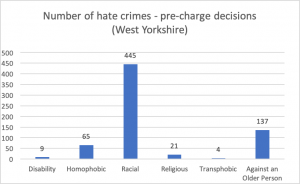 Figures from the Office of National Statistics 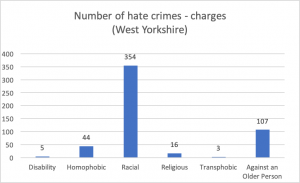 Figures from the Office of National Statistics

Hate crimes against an older person follow the racial-high with a total of 107 crimes reported to have been committed in the annual report.

From 2019-2020, transphobia saw the lowest figures across West Yorkshire with three of the four crimes reported as having taken place being charged.

Other types of hate crime recorded include towards people with disabilities, homophobic, transphobic and for religious reasons.

West Yorkshire Police are encouraging people to ‘Challenge it – Report it – Stop it’ in a section on their website dedicated to the prevention of hate crime.