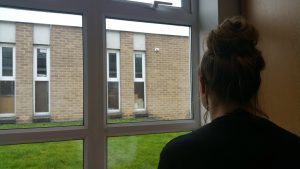 By Emii Newsome
SOCIAL WORKERS and foster carers are calling for action to tackle poverty after a recent study claimed children from poor areas are 10 times more likely to be taken into care.
The Nuffield Foundation funded the study, by the The Child Welfare Inequality project, which found that one in 60 children living in poverty were either taken into care or were living with the support of social services, compared to one in 660 children from wealthier backgrounds.
Kathryn Jeavons, a social worker for Lancashire County Council, said: “There is evidence that one of the underlying factors for children being at risk of significant harm is poverty and how that impacts on a family’s functioning.
“Families living on low incomes find it difficult to access essential services that improve the quality of the children’s lives.
“Heating, food and clothing being the most basic needs are often not met. Funding social clubs and after-school activities is impinged due to lack of money.
“The life chances and opportunities offered to children living in poverty are limited.
“Lack of money puts stress on families that can lead to a number of personal difficulties for the parents of the children, which make them unavailable to ensure that their children are safe at home and in the community.

“Tackling poverty and its impact on children and families has been a governmental matter for many years.

“The inequalities in communities may be addressed by working with community resources, local businesses, and schools to attempt to gain social mobility for those children who are living in poor communities.”

Sally Tanner, a foster carer from Lancashire, describes her experiences of looking after children:

The study aimed to investigate not only the living conditions of children in poverty and what led to higher rates of care, but also why social services were less involved with richer families.

According to the conclusions of the study, is not yet known whether wealthier families are simply not exposed to the same risk factors as families in poor areas, and this is why less intervention or support is needed, or whether it is a question of social differences.

Expert say while it is true children from poorer backgrounds are more likely to struggle, richer families are often overlooked and do not seek help from social services when in need.

Emma Lightfoot, a 25-year-old woman from Manchester, who was taken into care aged 15, said: “I was in care for two months after my mum died and I had no other relatives that I could live with.

“Luckily the foster carer I was placed with was lovely, but it was really weird living in a strange home with a number of other foster children from difficult backgrounds, 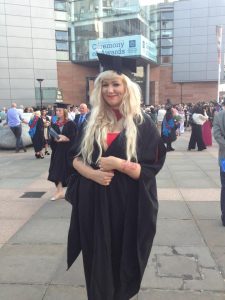 when you’re already in a mentally awful place.

“The carer was too busy trying to look after all of the kids to sit down and have a real talk with you.
“It was a lot to deal with and I felt pretty much alone.
“A family friend eventually adopted me but the adoption was made very difficult because of the standards social services require.
“With the family friend being very working class and living in what’s seen as a ‘poor’ area, social services were less willing to let me live there and kept pushing another family upon me who I did not know, because they were wealthier.

“I do think children should be taken into care at the first sign of real trouble. In the foster home there were a lot of kids who had been left with their real families after numerous investigations and had been left traumatised because of what they endured.”