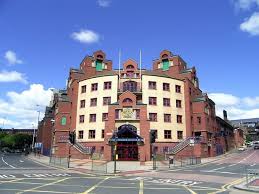 By Mike Berriman and Hayley Longster

A suspect in the Beeston rape case appeared in court this morning, and was formally charged with attempted murder, rape, and grievous bodily harm.

Zdenko Turtak, 21, from Velka Ida, Kosice, Slovakia, is a suspect in the attack on an 18-year-old woman which happened on 6 March.

Mr Turtak will be tried on 24 July at Leeds Crown Court and did not make an application for bail. The alleged attacker was extradited back to the UK last night by officers from West Yorkshire Police Homicide and Major Enquiry Team.

He was flown from the Slovakian capital Bratislava, where he had been held following his arrest on June 4 in Velka Ida, to Liverpool before being transported to Leeds District Headquarters, in Elland Road, earlier today.