Thousands of people come to the UK every year searching for asylum and refuge, and the country is often criticised for not doing enough to help them, especially compared to other developed European countries.

There are people working to change this, and Leeds, in particular, is a city that, through the efforts of charities and organisations, is becoming more open and welcoming to those in need.

One such group is Abigail Housing. The charity, named after a Zimbabwean lady who found herself a homeless refugee here, provides temporary accommodation for asylum seekers and refugees in Bradford and Leeds while helping them find something permanent. 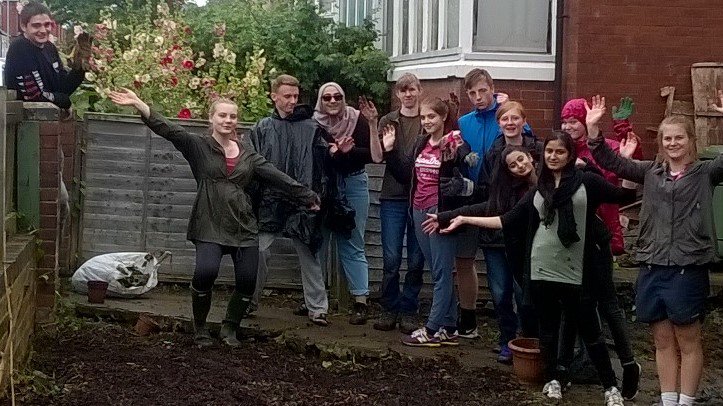 Neal Heard, the housing manager for the charity, said:

“If you look at the numbers, the UK takes in far fewer refugees than other developed European countries.

“France and Germany have comfortably more than us, while Turkey literally has millions living there.

“It’s clear that we could and should be doing more.”

Mr Heard went on to explain what the government does to keep the numbers down:

“Our government has a policy called Hostile Environment which creates exactly that, really.

“It’s effectively a set of measures designed to make things as unpleasant as possible for those coming to the country without leave to remain so that they choose to leave.

“The policy was designed to reduce illegal immigrants, but it can make things much harder for those coming here to seek asylum and refuge.

“We’re just doing all we can to create a more welcoming environment for those who need it really.”

As well as the work that groups such as Abigail Housing do individually, they have also come together for a new project called Connecting Opportunities.

The project, set up in July 2017, helps migrants and refugees who have just come to the country settle.

It does so in a variety of ways, as Jen Boyle, the communications and media officer for the project, outlined:

“People receive a really broad range of support, including English lessons, wellbeing and counselling sessions, and the chance to meet a befriender to practice English and get to know the local community with.”

“We work with a range of partner organisations across West and North Yorkshire at the moment.

“So far nearly 90% of people who complete the project go on into education, training or a job. This is something we’re immensely proud of and hope to continue.”

Sarah Bates, 28, regularly donates and volunteers to help out organisations such as Abigail Housing and Positive Action for Refugees and Asylum Seekers (PAFRAS):

“I’m from Leeds, born and bred, and I’ve always been proud of that.

“I think that we’ve always been a multi-cultural city happy to accept people from all walks of life.

“Seeing the work that people here do to help people in need just makes me even prouder, and anything I can do to help them do so, I try to, whether it be digging up a garden or donating old clothes.”

If you too would like to volunteer or know somebody in need of help, you can find a list of organisations here.

previousLeeds: Horsforth charity promoting sessions bringing young and old together
nextEco-friendly stores on the increase in Leeds in bid to reduce waste