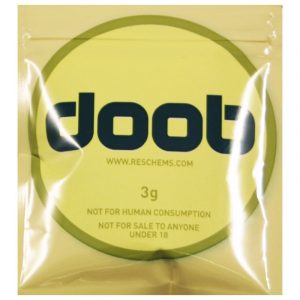 A packet of the legal high ‘Doob’

A 36 year old woman who thought she “was going to die” after taking a legal high last year has called for the drugs to be banned.

Leeds woman Elle Brooker was at a party last year when she experienced a horrific reaction to the legal high Doob.

She said: “My heart was racing so hard that I genuinely thought I was going to die. All I could think about was my children. I was in an utter state about it.”

Elle’s friends were with her at the time of the incident and managed to calm her down before paramedics arrived on scene.

“Luckily, I was with close friends at the time. If the same situation had happened and I was by myself it would have been a lot worse.

“You think because its legal it’s safe but you don’t know what you are putting into your body,” she added.

West Yorkshire Police have reignited an initiative to crack down on the sales of legal highs in Leeds high street shops after a raid in central Leeds.

Dr Hermans, in Vicar Lane, Leeds, was raided on March 8 and officers seized several items on sale that will undergo further testing to establish whether these legal highs should be subject to temporary bans. 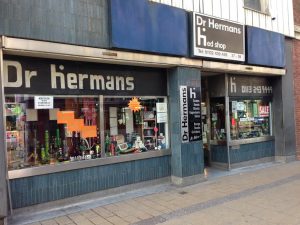 The initiative, led by Safer Leeds, started in December 2012 after safety concerns mounted about the effects of psychoactive substances being sold openly in the city centre.

Detective Chief Superintendent Dave Knopwood, Head of Protective Services (Crime), said: “Nationally, we are seeing an increase in deaths and hospital admissions linked to the use of these substances and locally we have seen similar cases.

“We remain very concerned that so-called ‘legal highs’ are being sold openly in our high streets and elsewhere, particularly given that this can make young people think they are something that they can take without risk.”