Leeds: Protest to ‘protect the geese’ this weekend after shootings near Rodley nature reserve

A protest to ‘protect the geese’ is to take place this Sunday, following the shooting of Canada geese in Rodley and Horsforth.

The shootings took place on September 7 at Calverley Bridge near Rodley Nature reserve and were said to have caused distress to members of the public who witnessed them.

It caused an uproar on Facebook where photos of the geese had also been posted, and this led to a petition being created on change.org to stop the geese being shot.

As a result former MP Stuart Andrew send a letter to the Minister of state for Agriculture, Fisheries and Food to request that the cull is urgently looked into.

The geese are being shot at from land close to the nature reserve that is owned by a local farmer, Peter North.

Dr Leigh Jones, one of the supporters of the protest, said: “It’s important to demonstrate to Peter North that we locals strongly oppose the killing of Canada geese in Rodley, Calverley and Horsforth.

“Killing geese as they leave the sanctuary of the nature reserve is particularly abhorrent.”

She went to urge the landowner to stop the practice for the sake of both the geese and the local community. 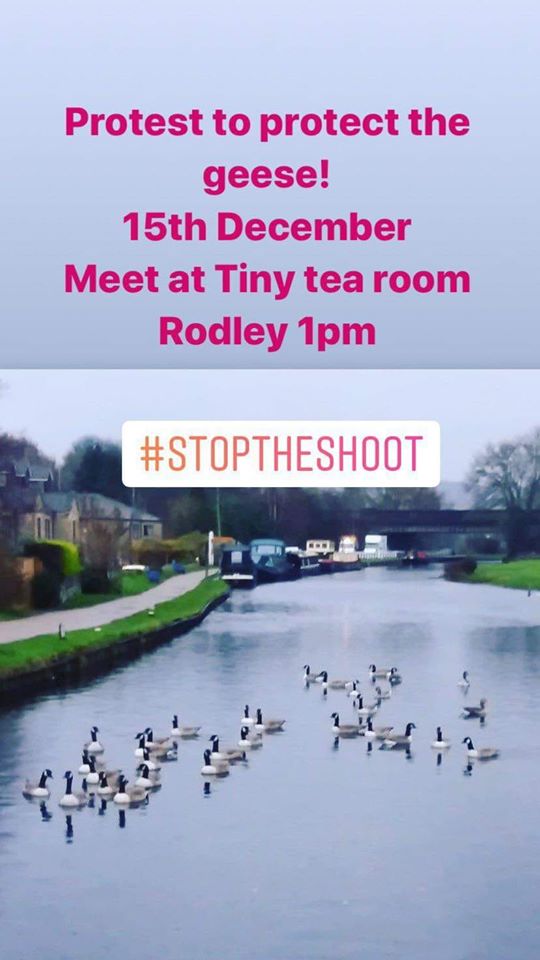 The shootings were carried out by Barry Swain, who in a letter to local residents making them aware of his actions described himself as a section 1 and 2 licence holder.

Susan Howard of Horsforth said: “I am so against this horror that’s been allowed in the guise of a cull.

These people are bloodthirsty and have no thought for the safety of local people or what effect this is having on people’s mental health…I will be there.”

Protestors will gather at 1pm on Sunday December 15 at the Tiny Tea Room in Rodley.