How has Sports Journalism changed during COVID – 19?

Since early 2020, everyone in the UK has been impacted by the various lockdowns and other restrictions forced upon us by the pandemic. For the millions of sports fans, not being able to go to watch their favourite team has been a real shock to the system and has left a huge hole in their weekends.

All sport was put on a complete hold last spring but, for some of the “elite” sports at least, it has since been possible to play games behind closed doors. The footballing authorities and the broadcast media organisations got together to enable games to be shown on live TV and this provided some relief for the hard-pressed fans.

But what about the impact of the pandemic on the day-to-day lives of sports journalists? Has this changed significantly and will there be any long-term impact? Yorkshire Voice spoke to three sports reporters from the Yorkshire Post to gain their insight.

A new way of working

A year ago, the Government told everyone to work from home if possible. Research has shown that a year later, 60% of workers are still working from home. Sports journalists are no exception, in fact, it seems that a new working style may be developing. Stuart Rayner, chief football writer of the Yorkshire Post, said: “The biggest impact is that work has been exclusively from home and football grounds. Almost all pre and post-match press conferences have been held over Zoom.” Looking forward, Stuart added: “I think the way we do things may change slightly, some clubs are thinking about continuing with Zoom pre-match press conferences. Face-to-face contact is better for building relationships but on the other hand, over Zoom, you can be in Middlesbrough at half-past nine and in Doncaster at Ten”!

The importance of technology

The importance of technology on journalists ability to do their job cannot be overstated – without it, news gathering would be almost impossible. The growth of Zoom over the last year has been astonishing – according to Statista.com, daily users of Zoom on ios and Android increased from 38,000 in January 2020 to 1.7 million by the end of November. But it’s not all plain sailing – Phil Harrison, ice hockey reporter, Yorkshire Post, said: “Sometimes connecting to the servers can be a nightmare but generally everything has been fine, especially compared to what other people have had to put up with over the last twelve months.” 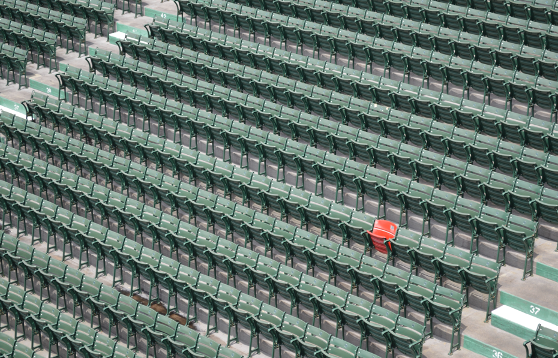 How do you report sport when nothing is happening?

At least now, the journalists have some sport to report on – but what was it like last year when everything was put on hold for three months? Phil Harrison again: “ For the first few weeks it was talking to players and coaches about their views but then we took the opportunity to do more in-depth interviews with players and coaches, past and present and more nostalgia articles. We were lucky to have a very creative and industrious team and there was never a shortage of ideas.” Leon added “I did a lot of lockdown-related pieces covering how the lockdown was affecting the individuals behind the scenes at the clubs. Unfortunately, we had a few football leading lights that passed away like Norman Hunter and Trevor Cherry and so I covered those stories.”

The end of print?

It seems that the journalists and publications have had to be resourceful over the last year but not only have they survived but we may be seeing the dawn of a new era of sports reporting – will there still be a place for print though? In a reader poll by the Press Gazette, almost half of the respondents said they were reading more online than in print during the pandemic. For a more local view, Phil Harrison said: “The Yorkshire Post has retained its readership in terms of print but the drift towards online that has been going on for the last ten years will only go one way and this will have an impact on print. You will still find there are people that want the print product – our Saturday edition, in particular, proves popular with all the extra items and magazines”.

A challenging year for everyone but it seems that sports journalists, in particular, have been able to adapt to the changing situation and possibly even emerge from the other side with new and more effective working patterns – hopefully in full stadia. previousSnowglobes, toy cars and expensive lighters: Collectors and the dwindling auction market
nextWhat is happening with GCSEs and A-levels grades in England? The confusing life of a student during the pandemic