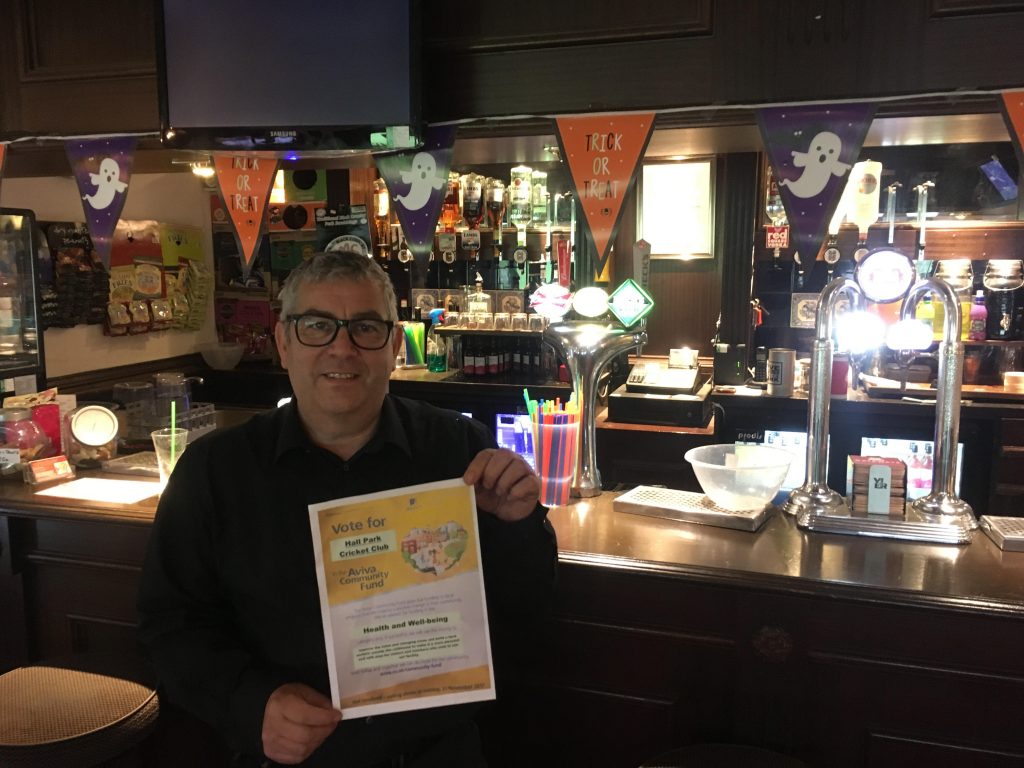 A CRICKET club in Horsforth is bidding to secure thousands of pounds of funding to improve its toilets, changing and showering facilities.

The Hall Park club has launched a project on the Aviva Community Fund website with the aim of securing between £10,000 and £25,000.

The club celebrated its 125th anniversary last year and is now more popular than ever within the community.

Owner Robert Hodson, 54, said the club had been facing a slump in membership and a lack of bookings which meant it would either have to close or revise the way it was run.

Since then the cricket club has opened its doors to the community offering a variety of sports teams, fitness classes, a café and bar facilities and functions.

Mr Hodson said: “Fundamentally we are a cricket club but a year or two ago we were on the verge of folding so we opened it up to the whole community so that they could come down and enjoy the facilities.”

However, the increase in popularity has highlighted areas in need of renovation.

Mr Hodson added: “The facilities that we have got are not suitable for the amount of people that are starting to use the place.

“The outside area is very boggy and it’s quite inaccessible for people with push chairs and elderly people – it just turns into a mud bath when it rains.”

Club regular Lynn Mcdonald, 70, shares this view: “When it’s muddy the children are playing about and they end up trailing mud all over not just inside.”

Despite the need for improvements, Lynn regularly attends the club three to four times a week and says that is down to the club’s friendly atmosphere and is somewhere in Horsforth she can take her dog.

She added: “People genuinely feel if they needed help that they could come here if something had happened.”

Helen Hodson, 51, who works at the cricket club loves her job and talking to the people that use the club.

“You do get nice people who do come in and because we are quite laid back and friendly it makes other people like that,” she said.

Helen agrees that some of the facilities are in need of renovation.

If the club is not successful in receiving the funding Robert said it would delay the improvements.

The Aviva Community Fund applications are open until November 21 and you can vote up to ten times.

If you want to see Hall Park Cricket Club’s page then follow this link:

previousWeaponised fish custard and the Brontë legacy: The NaNoWriMo novelling phenomenon taking over Yorkshire
nextLeeds kicks off Bonfire Night celebrations with a bang