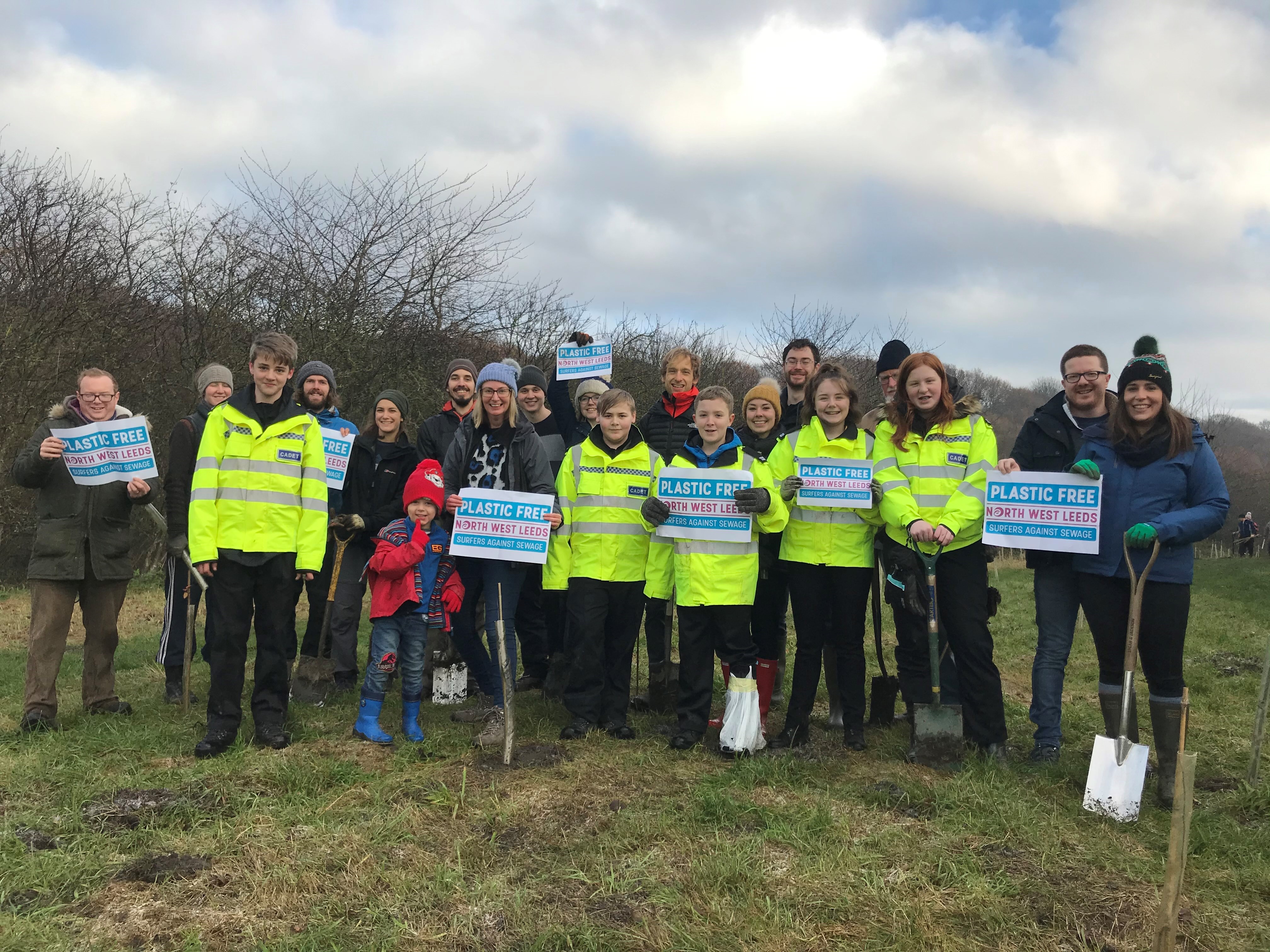 HORSFORTH community groups have joined forces to plant 1,000 trees as part of a national campaign to help fight climate change.

The campaign #BigClimateFightback attempted to plant one million trees in a day in association with the Woodland Trust.

Plastic Free NW Leeds, local councillors, police cadets and members of the public met at Calverley Lane picnic area at 10am on Saturday November 30 and had finished planting the trees by noon.

Kirsty Tucker, Plastic Free community leader for NW Leeds, said: “The turnout of people was so amazing that all 1,000 trees were planted in less than two hours – this just shows that people really do want to do something to fight climate change.

“Trees are the ultimate multi-taskers, helping to combat the two environmental emergencies facing our planet: climate change and biodiversity loss.”

A recent WWF survey found that climate change is responsible for 7.1% of the current declines in animal populations and that more than half of the world’s biodiversity has gone.

Mrs Tucker said: “It was incredible and very uplifting to see so many people helping.”

Sam Allshorn from the Horsforth Litter Pickers was proud of what was achieved but said that there is still a long way to go.

He said: “The event was well attended which clearly shows an understanding from the public about the climate emergency and the need for immediate action.

Cllr Jonathon Taylor said: “We had a fantastic turnout from our local community with well over 100 people turning up to plant trees in our area.”

“This is clearly an issue people care about and want to be involved in, so we have another 2,500 trees to be planted in our area next March, where we hope we will see a similar turnout.”