A village in Harrogate has taken action against reckless drivers on their roads, launching a community speed watch in support of their appeal to increase road safety measures.

As a result of being situated between Harrogate and Leeds, commuters frequently pass through North Rigton, using the country roads as an alternative route.

And with drivers arriving in the village via a national speed limit road, residents often find themselves at the mercy of the passing traffic, with little to no countermeasures in place to force drivers into reducing their speed. 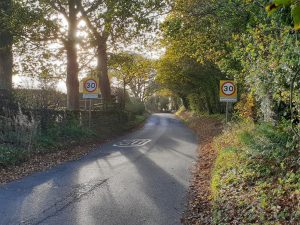 Subsequently, on October 17, village residents took it upon themselves to don their hi-vis jackets and log the speeds of the passing traffic as part of the North Yorkshire Police Traffic Bureau’s Community Traffic watch.

Designed as a means of keeping roads in North Yorkshire safer, the scheme allows community residents to report to the police the details of speeding vehicles in areas where speed is a concern.

“We’ve got a really big issue with the volume of traffic coming through the village – the volume and the speed of traffic,” Eugenie explained. “They’re often ignoring the fact that there’s a 30 mph sign coming into the village, and then there’s a 20 mph sign at the bottom of the hill towards the school. It’s all ignored.

“Living in a little country village, you’re looking for a bit of a quieter life, but it’s not.” 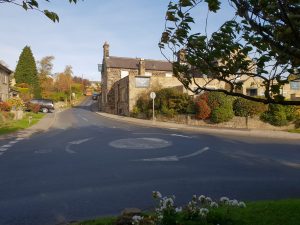 Eugenie explained what the village wants to see happen. “We would just like to see a sign that tells people how fast they’re actually going.

“We do believe that most people are just on auto-pilot in the morning and don’t realise they’re passing through a village that has a speed limit, and I think that that would deal with most people.”