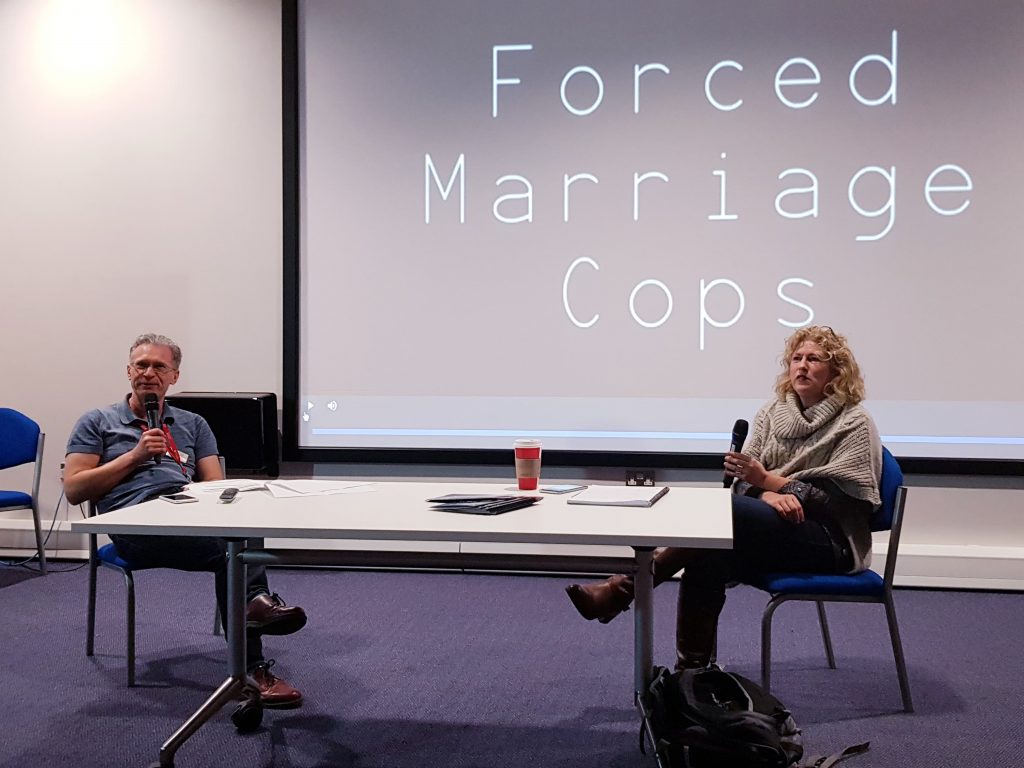 Investigative documentary-maker Anna Hall has stressed the challenging nature of filming emotional social issues at a talk at Leeds Trinity on Tuesday.

Speaking at Leeds Trinity’s Journalism and Media Week, she stressed that although tackling such difficult issues can be emotionally exhausting, it is important to create films that make an impact.

She said: “Every time I finish a really difficult film, I think I’m never going to do it again.

“But then something else happens and I think – that’s a really important film to make.

“I want millions of people to watch my films, not because I’m big-headed, but because I want them to care about the issue or I want to present that issue to them.”

Anna has covered a variety of issues in her documentaries, from Muslim Driving School in 2010 to The Hunt for Britain’s Sex Gangs in 2013.

More recently, she has worked on Catching a Killer: The Search for Natalie Hemming, the 2017 Channel 4 documentary which followed a live murder investigation.

The team had to film the difficult events as they unfolded, including a scene where family liaison officers told the missing woman’s family that her body had been found.

“As a production team, and we’re a really small team, we hoped that at some point for the family Natalie would be found”, Anna said.

“We had a clockwork plan, if you like, of what we were going to do and who was going to do what.”

Anna stressed how important it is to look after her team, making sure they have access to counselling and a support network.

“You have to have a good support structure as a team, otherwise you can’t do it on your own.”