Leeds community rallies round to help man with tumour 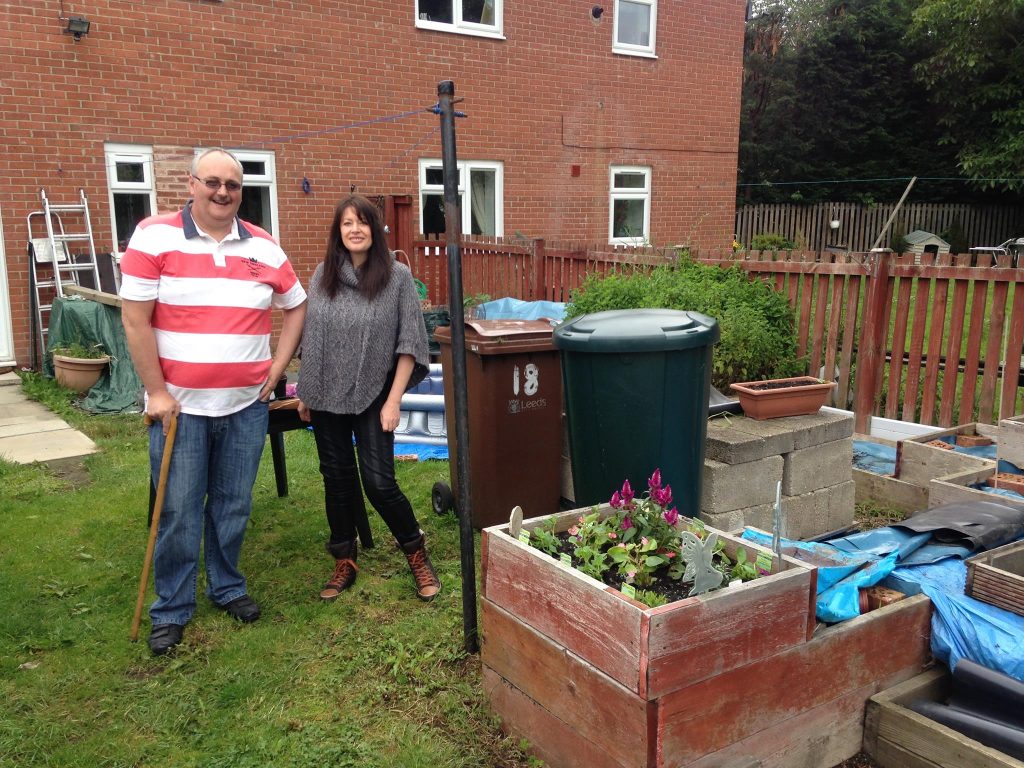 A selfless husband and father, suffering from a tumour in his leg, has been overwhelmed by the offers of help after his neighbour posted a request for aid on a community Facebook page.

However in January this year he started to feel a pain in his leg whilst decorating for one of his neighbours. The pain turned out to be a tumour in his leg which now needs removing with surgery. The severity of the tumour won’t be known until his operation later this year.

He said: “I like to help people. I often help my neighbour, Maddy, who has fibromyalgia, which means her muscles and hands stiffen up so I help in any way I can whether it’s brining her dinner or redesigning her shed so she can get in and out of it easily.”

But since finding the lump in his leg he has been unable to do anything too physical and now has to walk using a stick to relieve some of the pain.

He said: “I had plans to fix my own garden and garage up before I found the lump and had already made a start, now I’ve had to leave it all.”

His neighbour Maddy Hill, 46, decided it was time she gave him something back in return.

She said: “I’d heard about this ‘legup’ thing where people use the hashtag to ask people for a helping hand with something and I thought, why not try it for Andrew.

“I thought it was probably a long shot but I decided to post his story on a community Facebook group and see if anyone would be willing to help him finish his garden.”

Within a couple of minutes they had several messages from willing helpers.

Maddy said: “I was moved by the amount of friendly and helpful people who wanted to get involved and help a complete stranger.

“Andrew’s always helping others whether it’s his disabled wife, the elderly on our street or myself but the one thing he really needed help with no one here is fit enough to do, so it’s really great if we can rally some people together because I know it was really getting him down not being able to finish the work.”

The two neighbours are hoping to get work started over the weekend with the help of the community and have promised sandwiches and hot drinks in return.

Andrew and Maddy both said they would like to thank everyone who has offered to help and the response has been truly amazing.