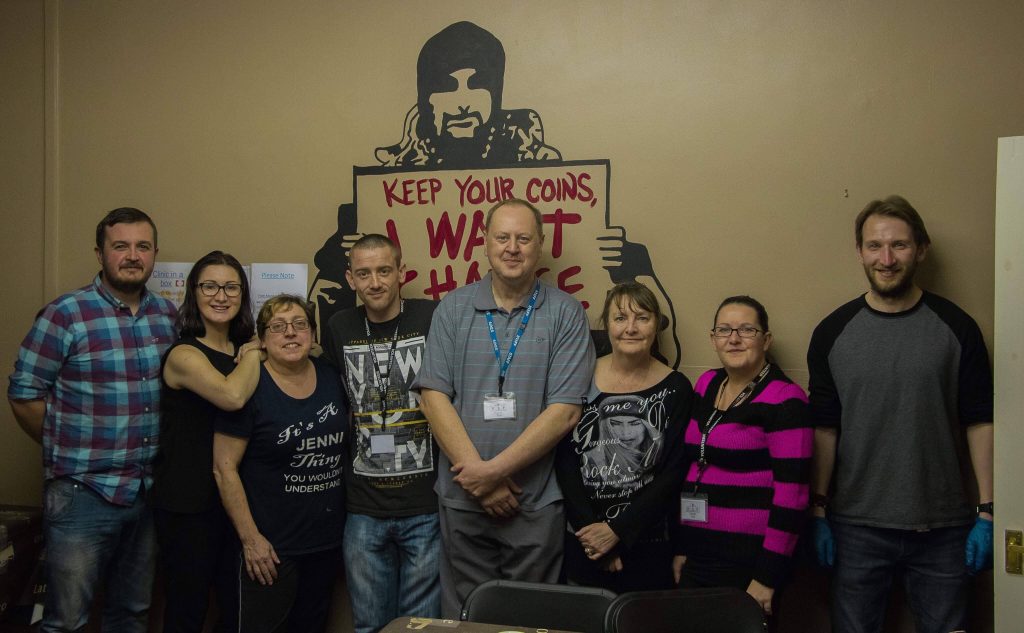 A SERIES of comedy nights are running throughout December across the UK to raise money for homeless charities.

The Homeless Support Stand Up Project was started in Leigh by stand-up comedian Lindsey Davies only four weeks ago, but is now a nationwide event with over 30 nights running across the country.

She said: “I volunteer for The Homeless Support Project in Leigh and see first hand the struggle to fundraise and rely on donations to feed, on average, 80 people per day. Winter is a tough time for the homeless and these charities need more help.

“I decided to arrange a comedy night in Leigh then thought about the homeless situation in the UK.

“This is the first year and I hope to make it a yearly event with more nights being added every year.”

People from all over the UK have worked with The Homeless Stand Up Project to create their own comedy night in their local area, including Leeds where Lindsey herself will be performing.

In Yorkshire alone, 172 people were reported sleeping rough in 2016.

Emma Hazeldine, 36, of Leeds, has arranged the event night in the city, with the donations going to the Pathway Kitchen project.

She said: “When I saw the Homeless Stand Up Project I thought it was a wonderful idea a way of showcasing local talent and raising money for an amazing cause.

“I’m really hoping that the event can do a few things mainly raise as much money as possible… and I just want people to know that there are wonderful people in our city doing great things.”

Candy Nicholson, 50, of Ossett, founded the Pathway Kitchen project to help the homeless in the community.

“I started helping the homeless over two years ago, and it was 12 months ago that I finally got a team together, and we named ourselves Pathway Kitchen.

“We are a self-funded organisation and rely heavily on family, friends and Facebook. We have saved a few lives and helped two people move in to a property and helped them get all the furniture they have needed and to this day we continue to give them support. Friends in the street are friends for life.”

Pathway Kitchen’s goal is to give all the help and support to their homeless friends to “see the light at the end of their tunnel”.

The Homeless Stand Up Project event in Leeds is happening on the December 12 at Headrow House with doors opening at 7.30pm.