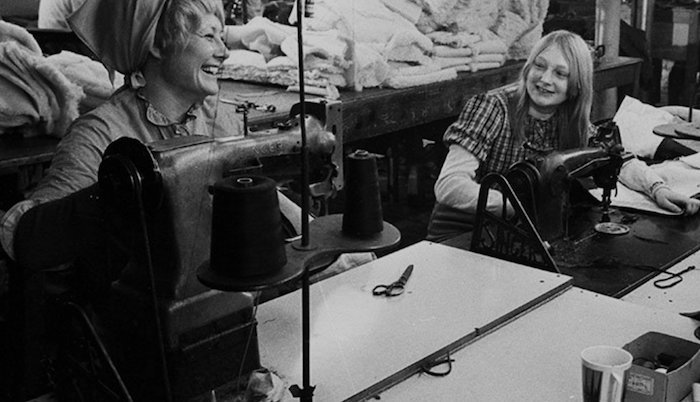 BAFTA-WINNING director Roy Battersby will be guest of honour when he attends the Leeds International Film Festival’s screening of his 1970s film Leeds United! tonight.

Also guest appearing will be the producer Kenith Trodd. The two revered film-makers will be hosting a question and answer session after the screening of the film, which was first shown on BBC Play for Today in 1974.

The film is a dramatisation of the 1970 clothing factory strikes in Leeds in which nearly 25,000 workers – the vast majority women – took to the picket line demanding equal pay with their male colleagues.

Speaking on the importance of the Leeds Film Festival Battersby, 83, said: “I think it’s brilliant and the more the great cities and regions manifest their own cultural events and bring in world culture in whatever shape and form I think it can only be for the good.”

Battersby said he felt honoured to be invited to the screening: “It’s very nice as it’s a piece of work that me and Ken are very proud of and its great going back to Leeds as I developed a very strong feeling for Leeds and the people of Leeds. They are very much my people.”

He said when filming it was extremely important to him to understand the people involved in the strike so strong bonds were formed.

“We all got very, very close. A number of the women at the factories really took us on as we wanted to learn. We wanted to understand what we were doing.

“I think in that sense of it was like all being in the same boat and these were people who had really sacrificed in that struggle. We were very, very tight.”

Reflecting on his career Battersby recited a quotation from the Russian director Elem Klimlov: “The main problem facing filmmakers is deciding what most needs to be said, which by definition are the things that cannot be said, and then to find the way to say it.”

Nick Jones, communications manager for Leeds International Film Festival, said: “We are thrilled to welcome director Roy Battersby and producer Kenith Trodd for this special screening of Leeds United! at LIFF 2017. The Play for Today format is one that we appreciate greatly, and so it is a pleasure to be able to present an episode that’s so closely tied to the history of our own city.”

The film is showing at Leeds Town Hall tonight at 8pm and November 5 at 7.45pm.