‘Atlético are about passion, hard work, humility’ – Simeone on his defensive tactics

Diego Simeone took over Atletico Madrid in December of 2011, and revitalised the tactics of the club, which are still effective to this day.

The season he took over, he won the Europa League at the end of his first season. He has since guided the club to a La Liga title in the 2013/14 season as well as winning the Copa Del Rey, the UEFA Super Cup twice, the Supercopa De Epaña and twice finishing runners-up in the Champions League, which is mainly down to his defensive tactics.

Since taking over, he has turned Atletico Madrid into a rather defensive, well organised and hard working side. He usually prefers a standard 4-4-2 formation however this season has adopted a 4-4-1-1 with last season’s record signing Joao Felix using his creativity behind the chosen striker.

Specifically in Atletico’s 2-0 win over Celta Vigo this season their usual 4-4-2 formation was both vertically compact and narrow. This created two elements that are key to the team’s defensive methodology. Simeone used a congested midfield, and overloaded out wide.

The two central midfielders, Lucas Torreira and Koke dropped slightly, as did the two strikers Luis Suarez and Diego Costa who allowed the opposition centre-backs some space. Both wide players, Thomas Lemar and Angel Correra pushed up slightly which created something similar to a 4-2-2-2. Moving his widemen forward and having a congested midfield meant the central area was compact, and even though it allows the opposition space to pass the ball, they’re doing so in areas that didn’t threaten Simeone’s side. 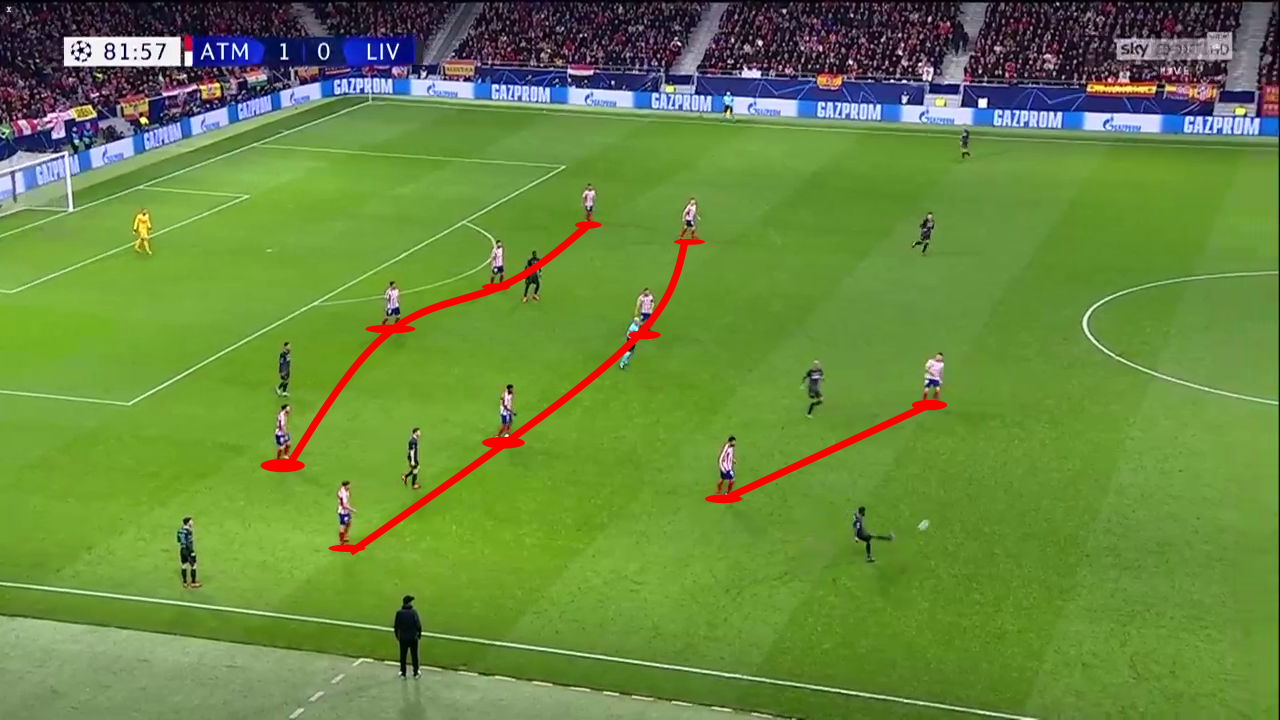 As Celta Vigo moved forward into Atletico’s final third, the whole Athletico side dropped deeper and the wide men fan out slightly. The aim is to ensure that when the opposition get to within ten yards of the penalty box, Madrid have a compact, narrow two lines of four with one striker assisting the midfield, and one lurking for the long counter-attack, which proved to be a perfect tactic for Madrid as this is how they opened the scoring early on in this game.

Simeone’s side is all about minimizing risk, even if that means ceeding possession, and it’s only when the ball moves into dangerous areas that they swarm the opposition, and attempt to win possession. Madrid don’t press with the same regularity as other sides, but when they do, it’s aggressive and successful. 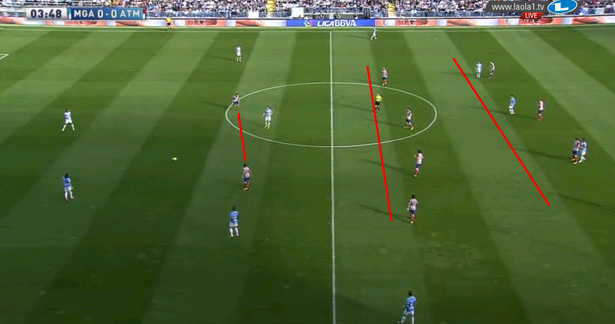 The overall tactics that Simeone has brought to the club allow the team to feel more comfortable when pressing teams and defending in dangerous areas. Ultimately leading to a more successful Atletico Madrid side.