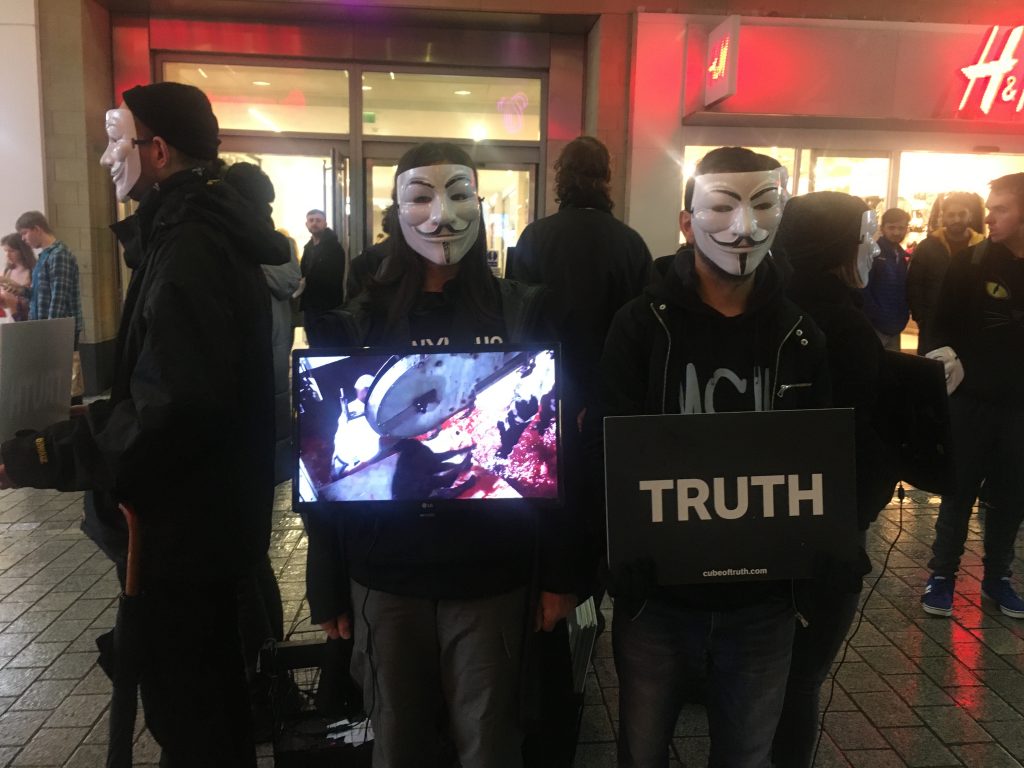 Protesters from Anonymous for the Voiceless in Trinity Leeds shopping centre.

The protest was organised by the animal rights organisation, Anonymous for the Voiceless.  Last year over 500 similar protests were held worldwide as well as across Yorkshire in places like Bradford and Wakefield.

A group of protesters gathered together wearing all black clothing and Guy Fawkes masks, carrying screens showing videos of animal cruelty and holding posters with the word ‘truth’ on them. Many of the images are from activists who have used hidden cameras.

Colin Sinclair, 37, co-organiser of Leeds Cube of Truth, from Beeston said: “Today is about reaching as many people as possible and getting them to think because what happens everyday to innocent animals is an absolute tragedy.”

Some of the images and clips shown are quite graphic and hard to watch. However, Colin defended this.

He said: “The images are extreme and hard to watch but they are the truth and that’s why we do this.”

Kirsty Eatwell, 37, organiser for the Leeds Cube of Truth said she became a vegetarian when she was nine years old.

She said: “I got Instagram about three and a half years ago and I just started following a few accounts and my news feed was full of suggestions of clips of animal cruelty in the dairy industry.”

The number of vegans in the UK has increased rapidly. The Vegan Society says it has grown from 150,000 to 600,000 in just the past four years.

Hussain Aomi, 40, who is a doctor, was a bystander at the protest.

He said: “I was surprised when I learnt about the male chicks being put in the shredder alive.

“If they had euthanised before killing them that would be more merciful than just killing them awake like that. It’s just disgraceful.”

However, another member of the public Mohammed Ali, 32 and also a doctor, felt like this wasn’t the only solution to fixing the problem.

He said: “For me it’s not the solution to just become vegan or vegetarian. There must be something we can do to change this and make things better.”

The Anonymous for the Voiceless have become well known for their masks.

Colin said: “We wear masks because it’s not about us, we cover our faces partly to make a dramatic performance. But also, because it’s about the images on the screen not the person behind the masks.” 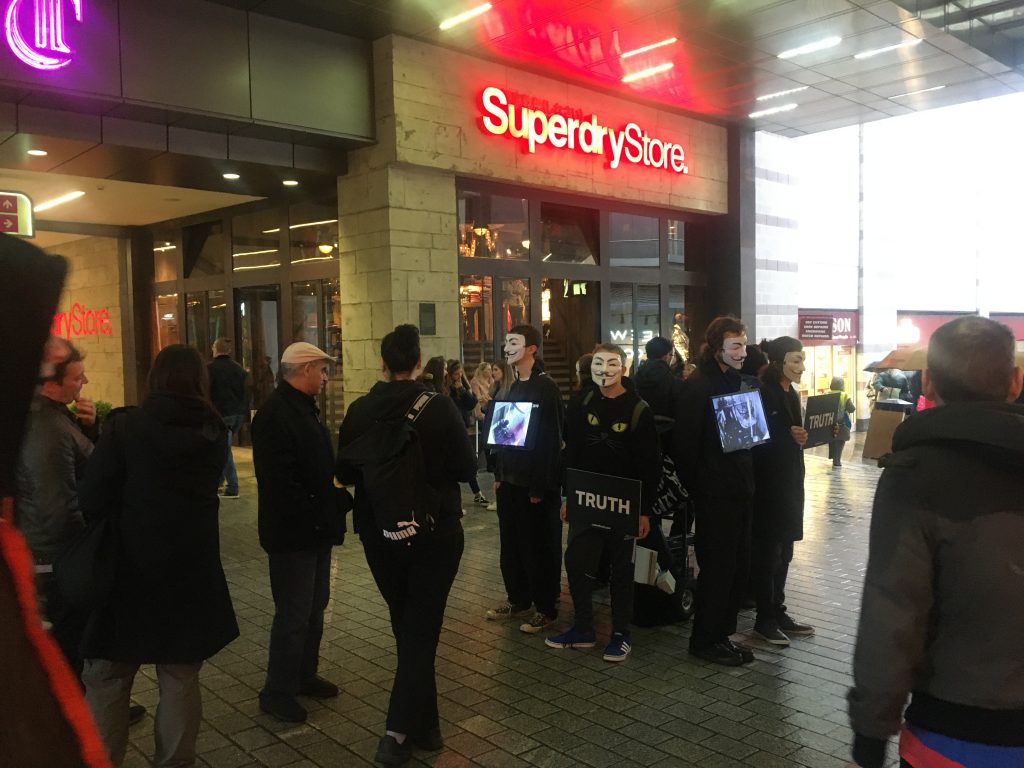