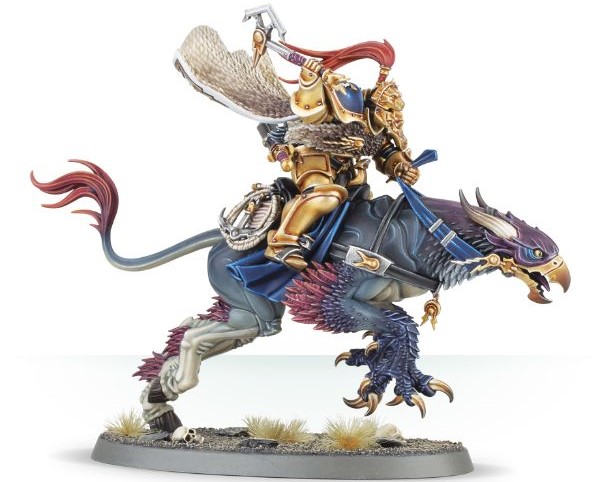 Photo courtesy of Games Workshop, makers of the Warhammer game, which has been targeted by animal rights campaigners for its depiction of characters wearing fur

AN ANIMAL rights group has admitted many people are laughing at its latest campaign to ban plastic toy figurines from wearing “fur”.

But People for the Ethical Treatment of Animals says it is not worried about the public’s response.

Elisa Allen, PETA UK director said: “We’ll sleep a little more easily tonight knowing that we’ve managed to get a quarter of a million people to visit PETA.org.uk in the days since we sent our letter, because – whatever their reason for doing so – they’ll now know more about the cruelty behind fur.” 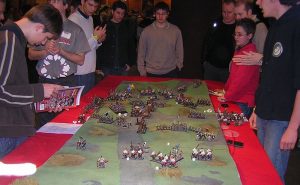 Ms Allen added: “By all means, have a laugh at this campaign – you can even laugh at us – but please know that the fur industry is a living hell for animals.”

However, people who play the Warhammer game – a table top fantasy battle game – disagree with PETA.

Warhammer enthusiast Damien Millns said: “PETA are a joke and should be ridiculed for a ridiculous statement, they did a similar thing with Pokemon a few years ago.

“Surely PETA have got better things to waste their money on.”

“I understand that they’re trying to bring fur clothes out of the limelight, but I think saying people are influenced by the fashion choices of fictional 28mm guys and girls is a little far-fetched.”

However, Wanda Embar from Vegan Peace backed PETA’s campaign: “What goes on in the fur industry is absolutely horrific and any attention that can be brought to the sad reality of the short lives and painful deaths of fur animals is in my opinion a good thing.

“People only see what they perceive as beautiful fur coats and are often completely unaware of how they were produced.”

previousSmoking made my teeth fall out – Swansea man issues health warning to youngsters
nextTeaching union “sympathetic” over extortionate holiday prices, as Supreme Court decides if term-time breaks should be banned