Ilkley pensioner seriously injured after being trapped between two cars 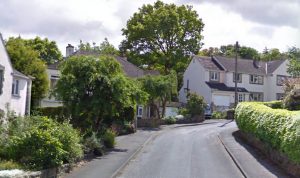 A pensioner is seriously ill in hospital after being trapped between two parked cars on Friday.

John Watts, 68, was walking behind his car, which rolled back and trapped him between that and another unoccupied car.

It is thought a delivery driver rescued the man on Margerison Crescent, Ilkley, and police are now urging him to come forward.

A neighbour, who did not want to be named, said: “I think it was late morning. He was parking his car and then to his horror, another car rolled towards him and he tried to stop it but it trapped him.

“He is a nice chap. Him and his wife are very active. I often see him cycling when I am walking my dog. It is a real shame because I don’t think he will be able to cycle for a while.”

“A helicopter landed on the school field, much to the delight of the children who were out playing.”

Mr Watts is currently being treated at Leeds General Infirmary for serious injuries.

Police Constable Benjamin Pearson of the Safer Roads and Neighbourhoods Team (West) said: “This appears to be an accident and we are not searching for anyone in connection with the incident.

“We would however urge the delivery driver who stopped to help to come forward as they may hold vital information about the circumstances of what took place and may not have realised the severity of the gentleman’s injuries.

“I would also appeal for any other witnesses who were in the street or surrounding area at the time of the incident and who may have any information to come forward. Enquiries are continuing.”

Anyone with information is asked to contact PC Benjamin Pearson at the Safer Roads and Neighbourhood Policing Team (West) via 101.