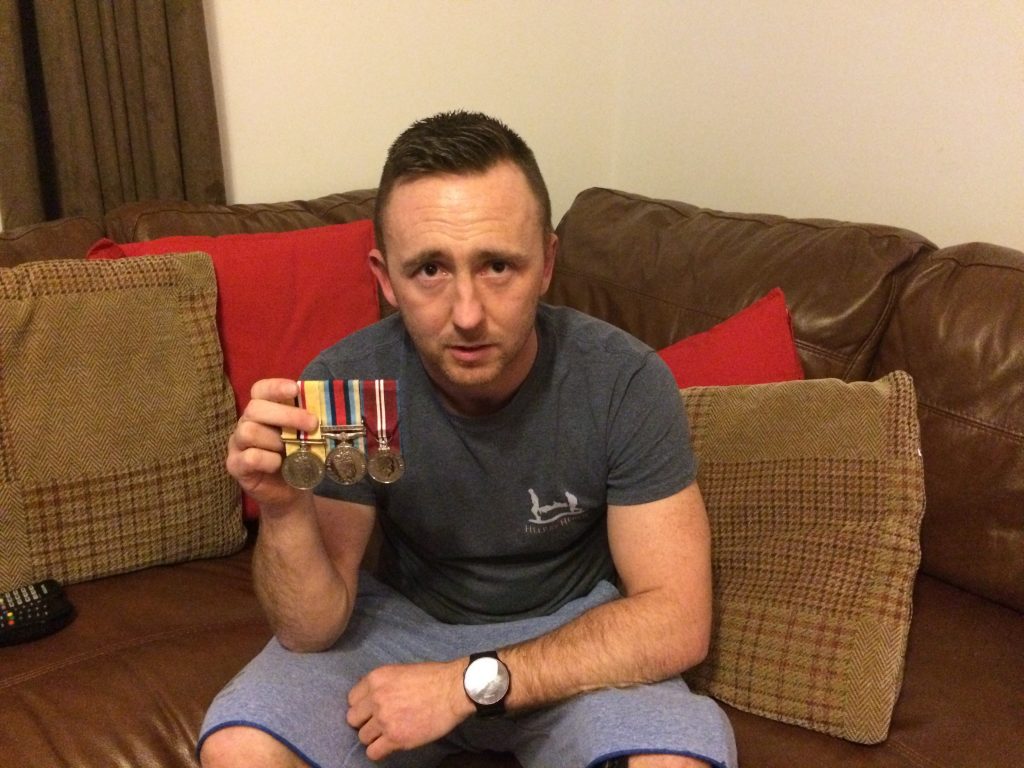 David Hames – ex-soldier with his medals

AN ARMY veteran has been left in a state of shock after thieves broke in to his home and stole his prized motorbike and other possessions.

David Hames, who served 15 years in the army as a bomb diffuser, suffered a brain injury in a road accident while on leave, which resulted in him retiring from the army on medical grounds.

He was so thankful of the support he received from Help for Heroes that he customised his motorbike with the charity’s logo.

David said the bike had given him a much-needed boost as he adapted to civilian life after serving in Iraq twice, Afghanistan, Canada and Germany as well as in the UK.

He said: “I was out training to become a personal trainer with the charity Help for Heroes who are supporting me in getting back in to civilian life when I was burgled – it was a real kick in the teeth.

“When I got home and saw that the garage door was open, I just knew the bike was gone. I felt numb. My military medals had been thrown about when the thieves were going through my cupboards and nicking valuables – so disrespectful.

“I didn’t even care about the valuables, I just wanted my bike back.

“It is a custom spray job with ‘Help for Heroes’ logos on and so can’t be replaced.”

David spoke out about his ordeal in an exclusive interview with Yorkshire Voice:

Thieves broke into the house in York Street, Gipton between 10am on Sunday, December 4, and 2pm on Wednesday, December 7. 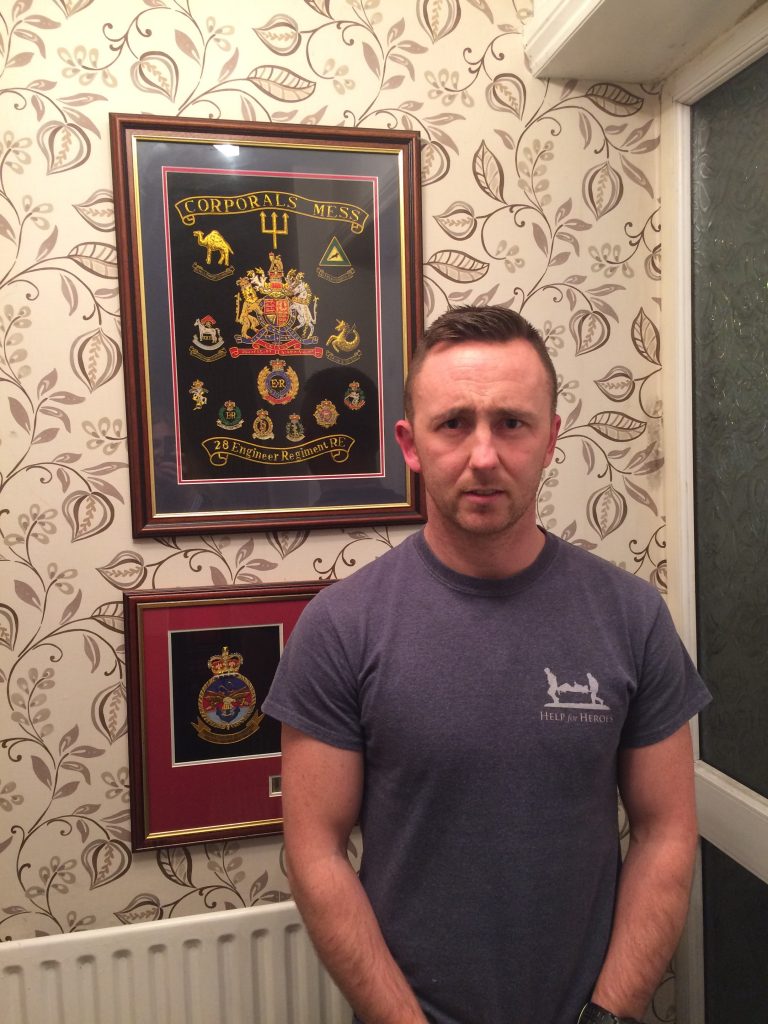 David in his home

PC Andy Storey, of Leeds North East Neighbourhood Patrol Team, said: “This burglary has understandably come as a real blow to the victim just a short time after he medically retired from service in the British Army and also in the run-up to Christmas.

“The stolen blue Yamaha R6, registration MA08PTZ, has a very distinctive custom paint job, and we would hear from anyone who has seen that bike since the burglary or who has any information that could assist in identifying the people responsible.” 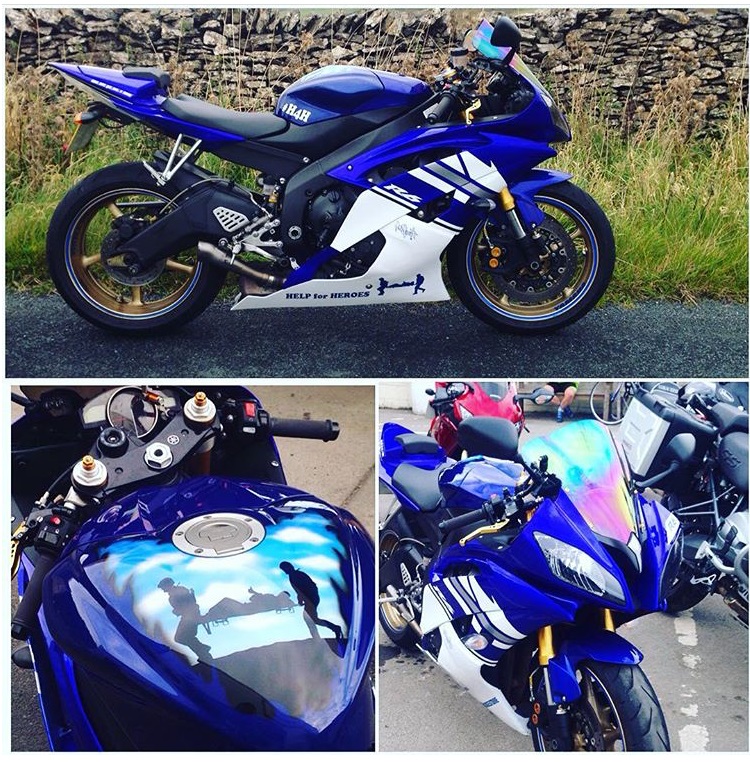